The Twin Peaks Show Is Going To Be BIG!

This appeared on the front page of the Oregonian's "This Week" paper, which appears on every doorstep in Oregon whether you want it or not. Craziness. I should have made better artwork. I don't understand the Gus Van Sant part but what the hell. I guess they have to try and connect it with as many Portland references as possible.
Posted by Aron Nels Steinke at 7:54 PM No comments: 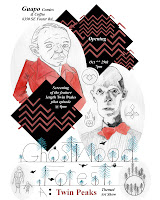 I'm going to have a few pieces up for this show which will be on display for the month of October at Guapo Comics and Coffee. But really you'll want to attend the opening night because we'll be screening the pilot episode. Sean Christensen wrote the following about the show.

October--that magic month of costumes and candy, uneasy walks, and late night fear is upon us. The oncoming cold and colorful fall leaves blowing through the air evoke thoughts of death and rebirth, of the layers of the world, and the secrets behind everything, how the world has many disguises as do the people in it. The spreading darkness and growing damp is part of the soul of the Northwest. Nothing better evokes this sense of thrilling mystery, eerie magic, and melancholy abandon than that great, iconic TV show of the Pacific Northwest, David Lynch and Mark Frost's Twin Peaks; Agent Dale Cooper and his need for a "damn fine cup o' coffee," sultry Audrey Horne, the Log Lady, and a murdered homecoming queen. It's a TV series that exudes all of the colors, smells, mythos and wondrous alien forests of our little corner of the world.

Guapo Comics has gathered together some of the Northwest's best and brightest cartoonists and artists to celebrate Twin Peaks and its intensity, fear, joy, and humor in an art show.

Ghostwood Forest debuts Friday, October 29th at 7pm. Free themed snacks and drinks will be available. And of coarse costumes are encouraged! At 9pm, the feature length Twin Peaks Pilot Episode will be screened.

Posted by Aron Nels Steinke at 7:06 AM No comments: 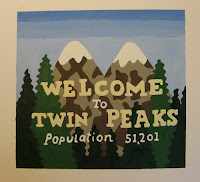 My buddy Sean Christensen is curating a Twin Peaks themed art show which will be held at Guapo Comics and Coffee later this month, two days before Halloween. This is the first thing I've made for it. Viva la gouache. I am soo in love with gouache now. I can't see why I never used it much before.
Posted by Aron Nels Steinke at 2:14 PM No comments: 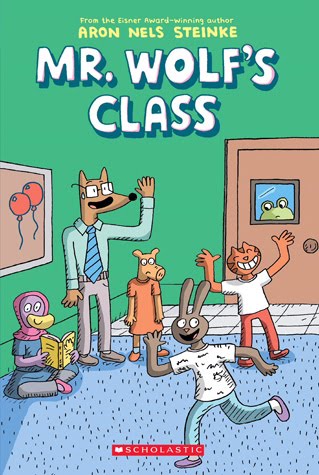 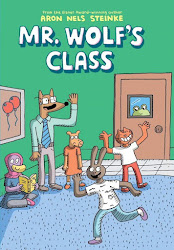 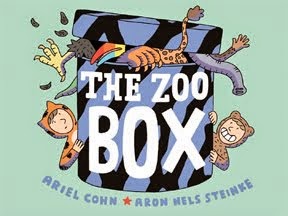 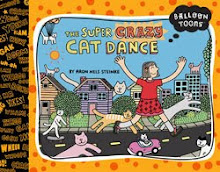 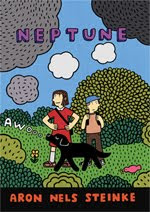